A Joke That Stretched for Two and a Half Years.
The Portrait of Goli otok in Serbian Literary and Historical Discourse at the End of the 20th and the Beginning of the 21st Century

For years the topic of communist prison camps in Yugoslavia had been absent from the public media both in the country itself and abroad. A real breakthrough occurred as late as in the 1980s with the publication of the memoirs of former prisoners that depicted the experiences of their stay in the camp. There is a range of publications, both memoirs and fiction, dominated by the issue of the past prison experiences. However, there is an actual lack of critical texts, particularly historical and literary or cultural, focusing on the analysis of literary representations of repressions in communist Yugoslavia. The main aim of this book is to show that in Serbia both documentaries and literature are significant media in reflection on Goli otok labour camp, and to trace the ways of remembering and transmitting memories of this historical experience. 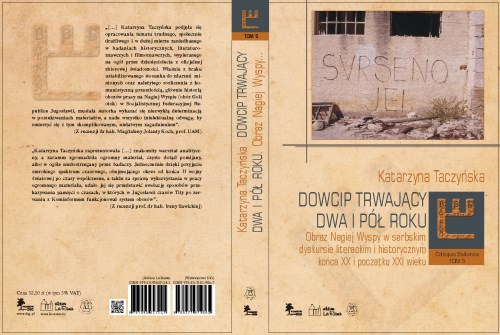